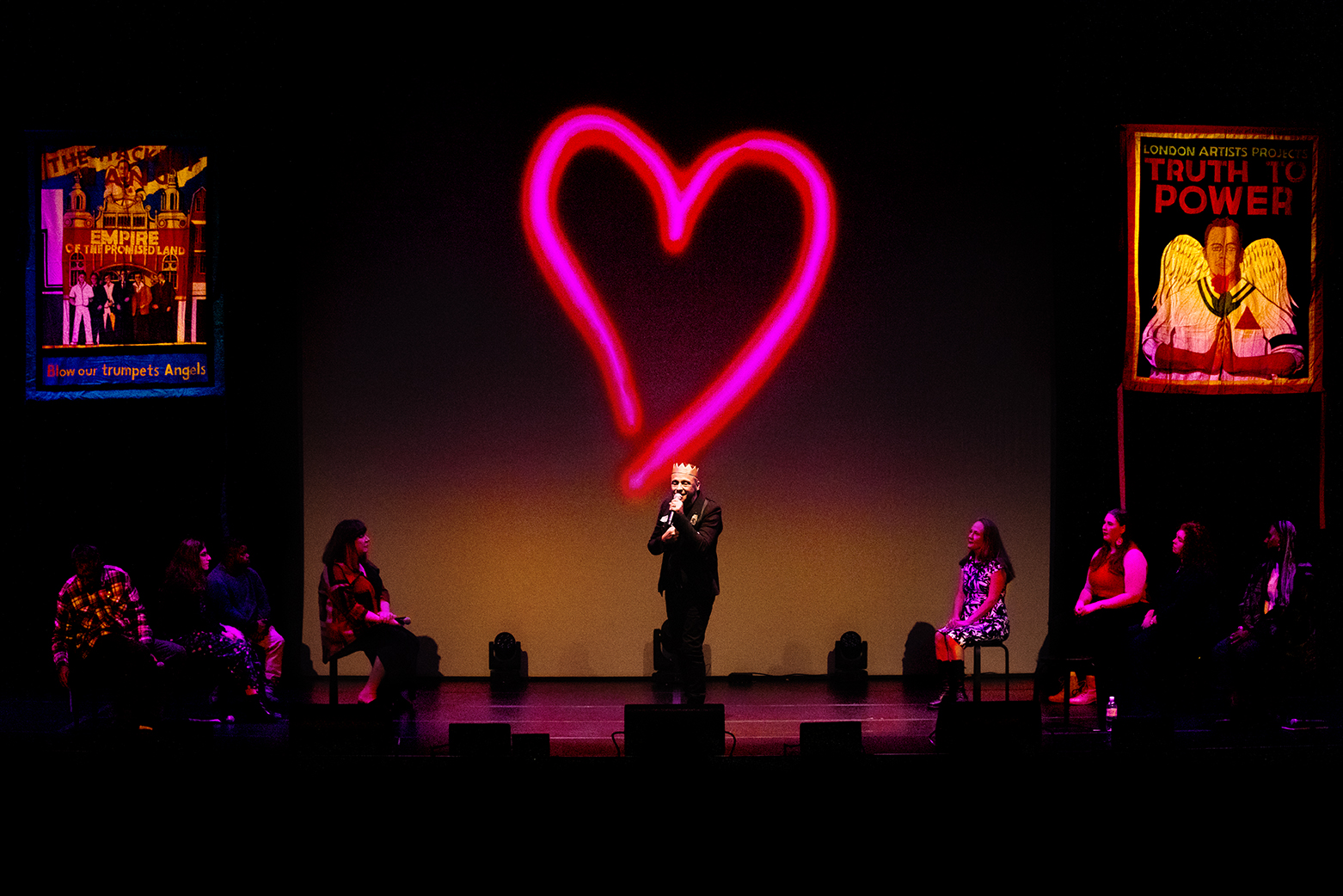 Truth to Power Café is a profound theatrical reflection on loss, hope and resistance.

This internationally acclaimed work can be presented as a live or digital event – or both.

It is a unique live and online meditation on time, place and community told through memoir, image, poetry, music and film. Participants are invited to speak passionately from the truth of their lived experience in response to the question WHO HAS POWER OVER YOU AND WHAT DO YOU WANT TO SAY TO THEM?

People of all ages, beliefs and backgrounds are invited to take part.

Is it to your parents, a sibling, politician, lover, landlord, neighbour, religious leader, boss, banker, or simply your best friend? It’s time to tell them the truth, before it’s too late.

Truth to Power Café is inspired by the political and philosophical beliefs of Nobel prize-winning playwright Harold Pinter and his Hackney Gang. The Gang included Jeremy Goldstein’s late father Mick, and poet polymath Henry Woolf, who at 92 is the sole remaining member of the Gang. For sixty years the Gang maintained their belief in speaking truth to power and remained firmly on the side of the occupied and the disempowered and their allies.

Truth to Power Café has been performed 39 times in 6 countries in 5 languages involving 400 participants and is currently Australia as part of it’s No Borders World Tour 2020/21.

“Compelling and cathartic…dignified and passionate…the essence of live performance” – Review: The Queer Review

“A truly global show that knows no borders…Truth to Power Cafe is part-theatrical performance, part-memoir, part-impassioned activism” – Time Out Sydney

Truth to Power Café is a London Artists Projects production.